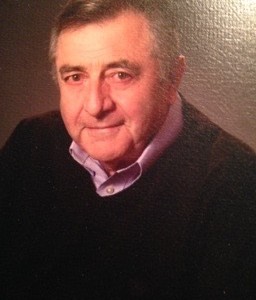 After a courageous battle, Louis A. Calvarese, Sr. age 76 peacefully passed away on December 28, 2015 surrounded by his loving family. He was born on August 4, 1939 in Wilmington, DE and pre-deceased by his parents Anthony & Evelyn Valeri Calvarese, and brother Joseph Calvarese.

He proudly worked for the State of Delaware, Division of Health & Social Services for 41 years as a Budget Analyst, retiring in 2003. Lou was a 1957 graduate of Salesianum High School where he continued his lifelong friendship with his fellow Salesians meeting for lunches and reunions. He was a graduate of Goldey Beacon College earning his degree in Business. Lou was a member of Defiance AA and St. Anthony’s Holy Name Society where he enjoyed reminiscing and joking with his buddies. In his younger years he was an avid fast pitch softball player for St. Anthony’s and was known as an “Ace” pitcher. After retirement he and his loving wife, Irene enjoyed traveling, cooking and most of all attending all of his grandchildren’s events and was so proud of them all. Lou participated on the St. Anthony’s Sports Banquet committee as an officer and holding the position of Secretary for several years. He and his wife celebrated their 55th Wedding Anniversary on September 10th. His wife lovingly cared for Lou throughout this difficult time.

He is survived by his loving wife, Irene Rich Calvarese of 55 years, his children, Louis, Jr. (Dorothy Pellegirini), Susan Schneese and her husband Patrick and 5 grandchildren, Gabrielle, Michael & Nicholas Calvarese, Olivia & Luke Schneese and his beloved granddog, Monty. The family would like to extend gratitude to the Staff of Helen Graham Center, Wilmington Hospital 5th floor unit and Heartland Hospice.

Please make a donation in lieu of flowers

Please make a donation in lieu of flowers