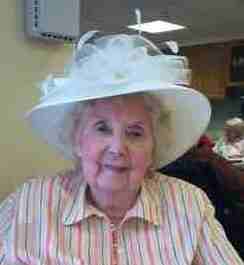 Mary retired from the Philadelphia School District in 2007. Before retiring she was one of seven in charge of the Philadelphia Nursing School. She was very active in her local Church and choir. Mary was a world traveler and had visited many religious shrines.

Mary is survived by her niece Theresa and her husband Flavio Carlini, her nephew John Clancy and his wife Cindy and other nephew Albert Clancy. Mary is also survived by other various nephews and nieces throughout the area.