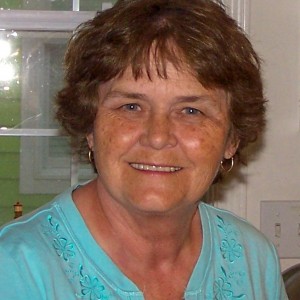 Born in Weyanoke, WV in 1949, she was the daughter of the late Paul and Delma White, and was a graduate of James H. Groves Adult High School. After being employed at the Charcoal Pit on Maryland Avenue for over 20 years, ultimately becoming the Manager, Dreama went on to work at JP Morgan Chase, where she remained for almost 15 years, before becoming a Customer Service Representative at AIG in Wilmington.

Dreama was an avid reader, found peace in crocheting and enjoyed watching investigative crime shows. She loved spending time with her family, traveling and was a fan of the Philadelphia Eagles.

In addition to her parents, Dreama was preceded in death by her brother, John P. White. She is survived by her sisters, Barbara Bunting of Roanoke, VA, Delores Ingle of Newark, DE and Lois H. White of Millersville, MD; her children, Tammy Bailey (Marca), of North Wilkesboro, NC, Candace Davis (Ron), of West Chester, PA, Michael Chinski III (Aimee), of Wilmington, DE and Eric Chinski, of Wilmington, DE. Dreama is also survived by 6 grandchildren and one great-granddaughter.

Friends may visit with the family on Thursday, January 2nd at 10:00 am at Brandywine Valley Funeral Care, 412 Philadelphia Pike, Wilmington, DE 19809 with Funeral Service immediately following at 11:00am. Interment will be private at a later date in Gracelawn Memorial Park, New Castle, DE.

In lieu of flowers, the family is requesting donations be made to the Alzheimer’s Association.