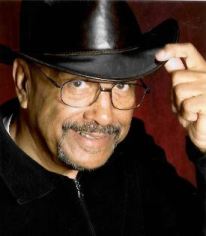 Danford Lee Wilson, 79, gently passed away in his sleep on December 16, 2021. Danford was born on April 14, 1942, to Horace and Bessie Wilson (nee Bledsoe – Williams) in Johnson City Tennessee. He was the youngest of eight children in the union of Horace and Bessie.

Danford started working at KU Medical Center in 1999 and earned his Ph.D. along the way. In 2010, as Associate Dean of Graduate Medical Education, Dr. Dan retired from the University of Kansas Health System. While in Kansas, he spent over a decade with partner and soul friend, Dorothy McGhee.

Danford was preceded in death by a heavenly parade of family members. He is survived by his children, ex-wife, and lovingly close nephews Cedric, Michael, Chad, and niece Detrice Douglass-Reddick.

Danford Lee Wilson was a devoted family man, brilliant scholar, accomplished professional, and a truly complicated and remarkable man. While he is going to be sorely missed, his commitment to family and education will reverberate for generations to come. Soar with the ancestors’ Dad.